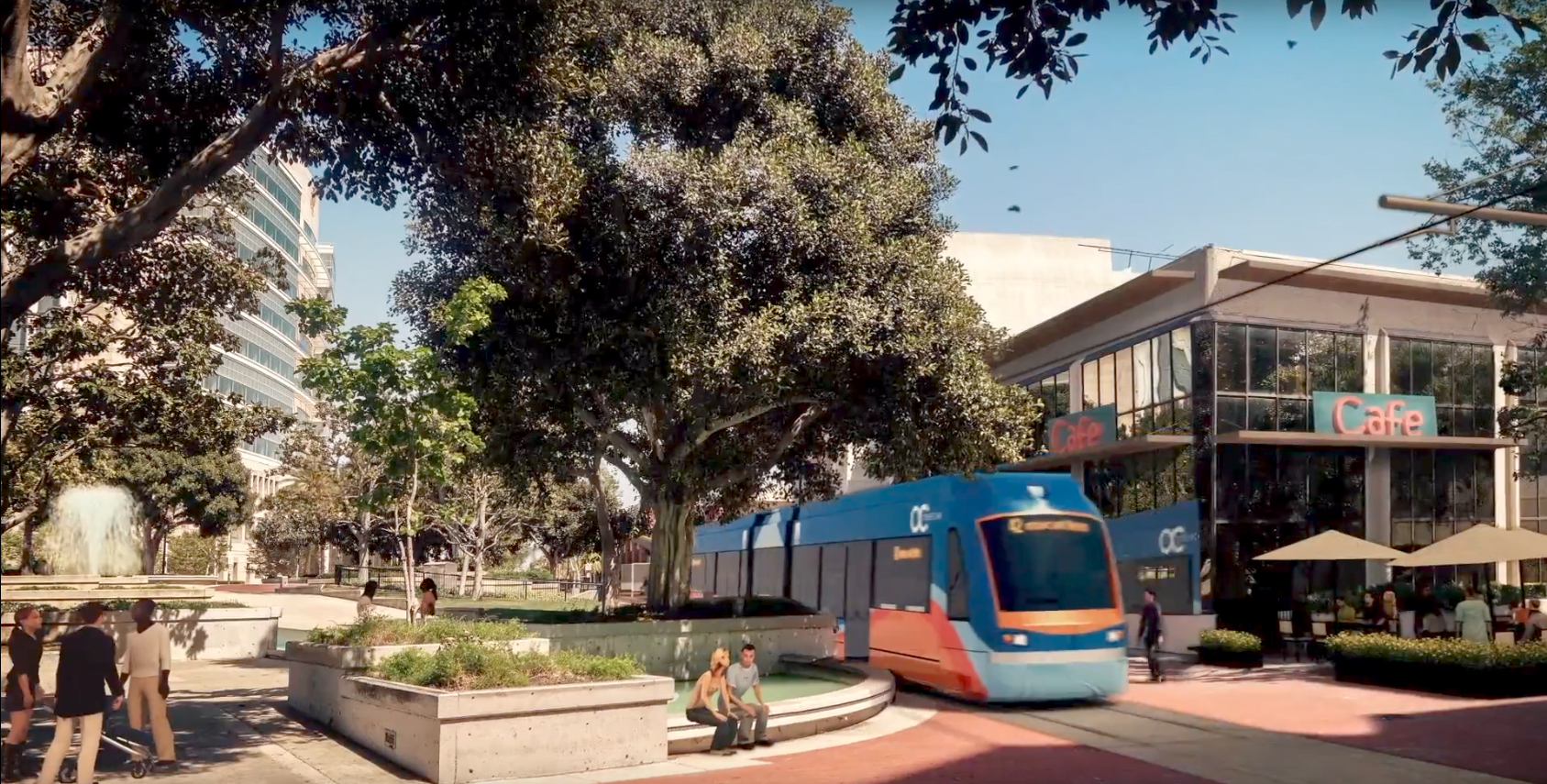 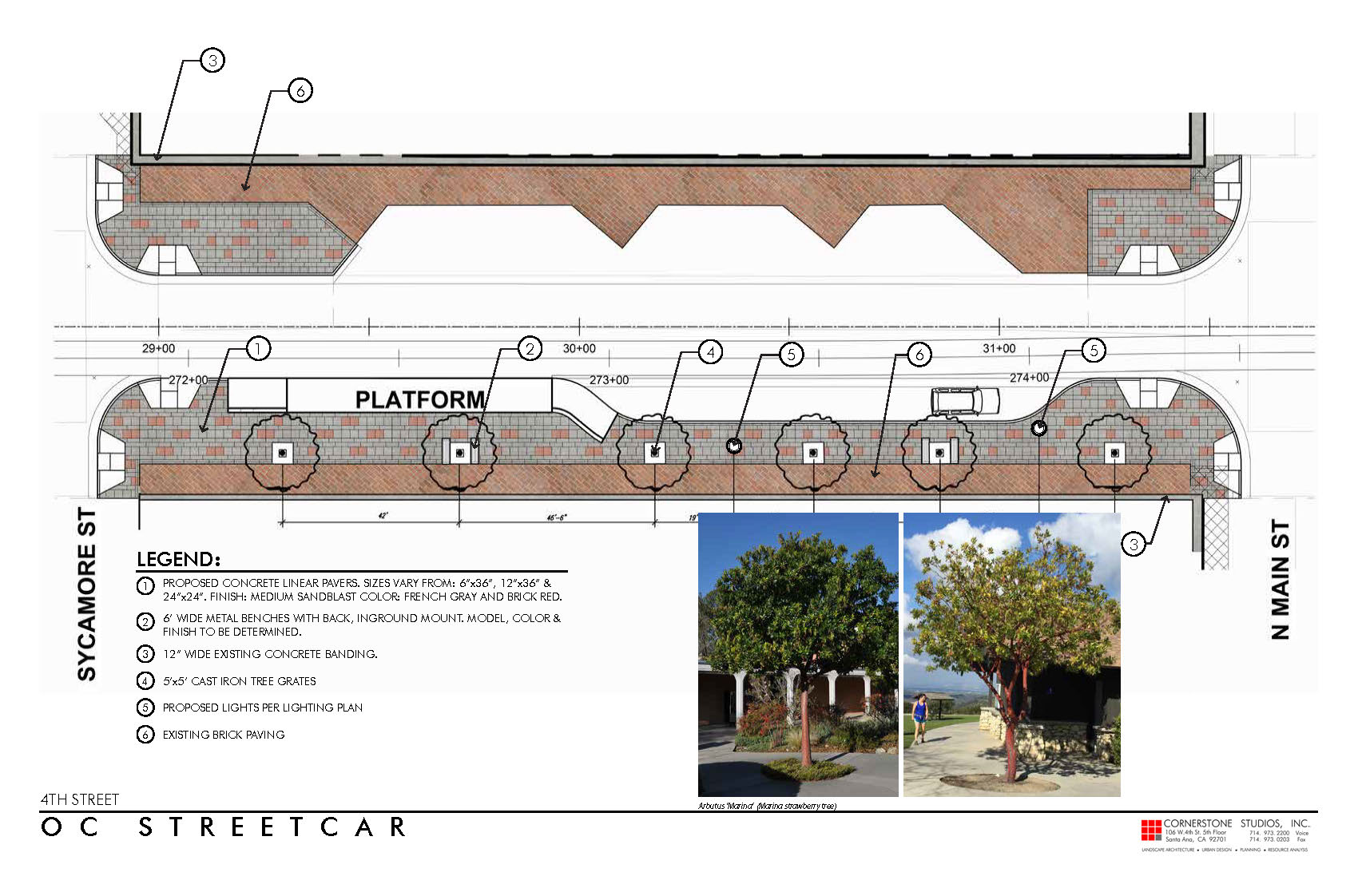 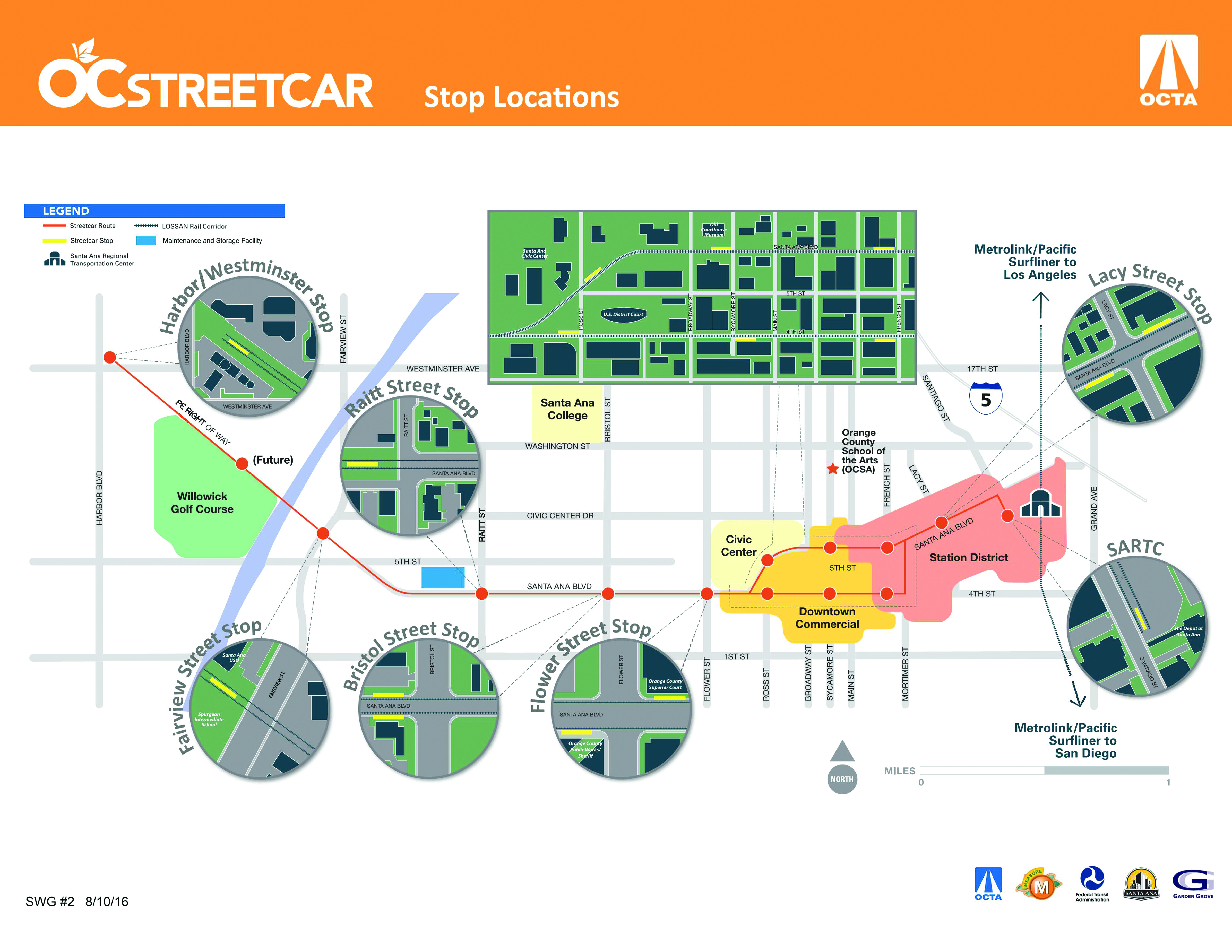 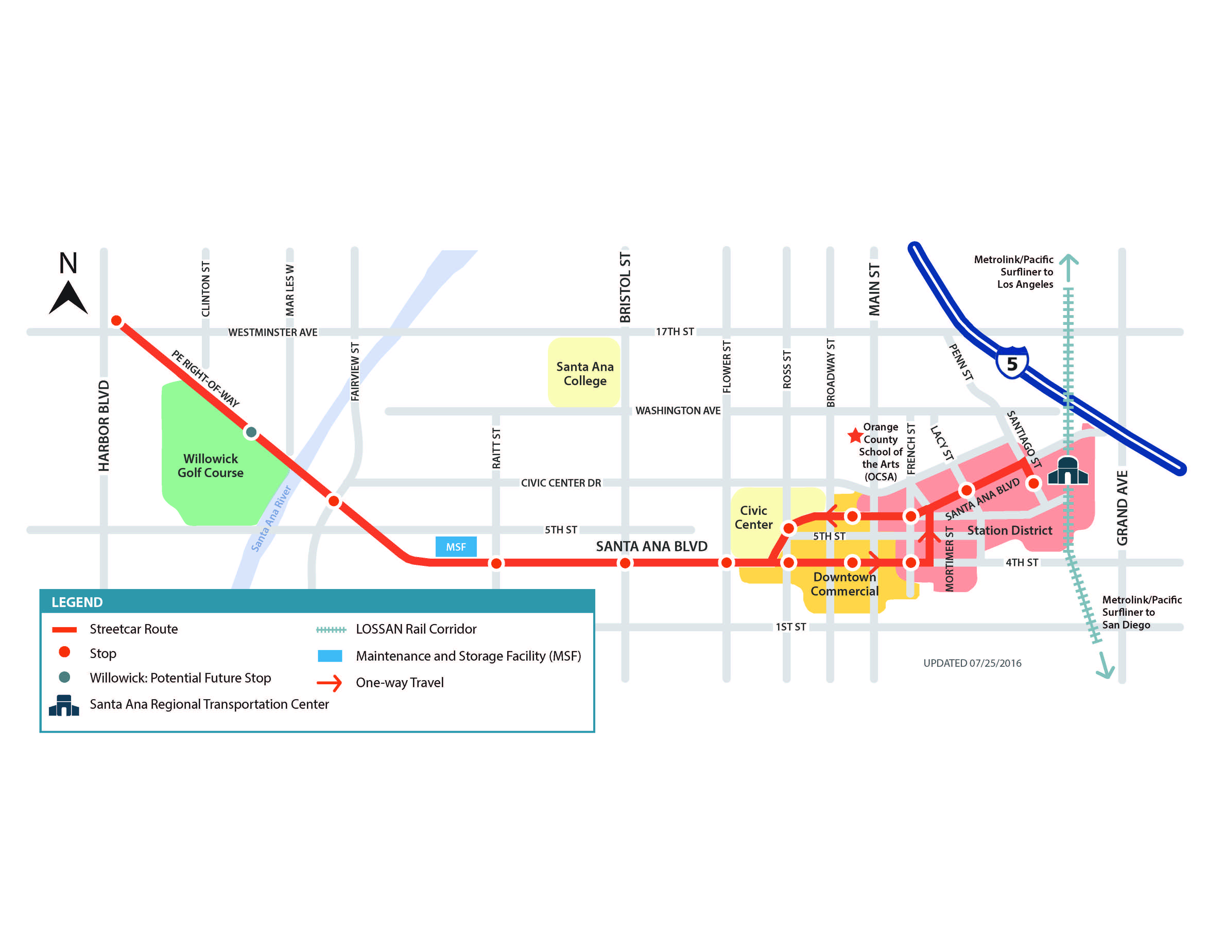 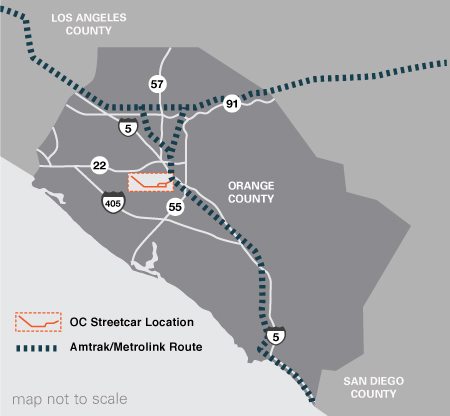 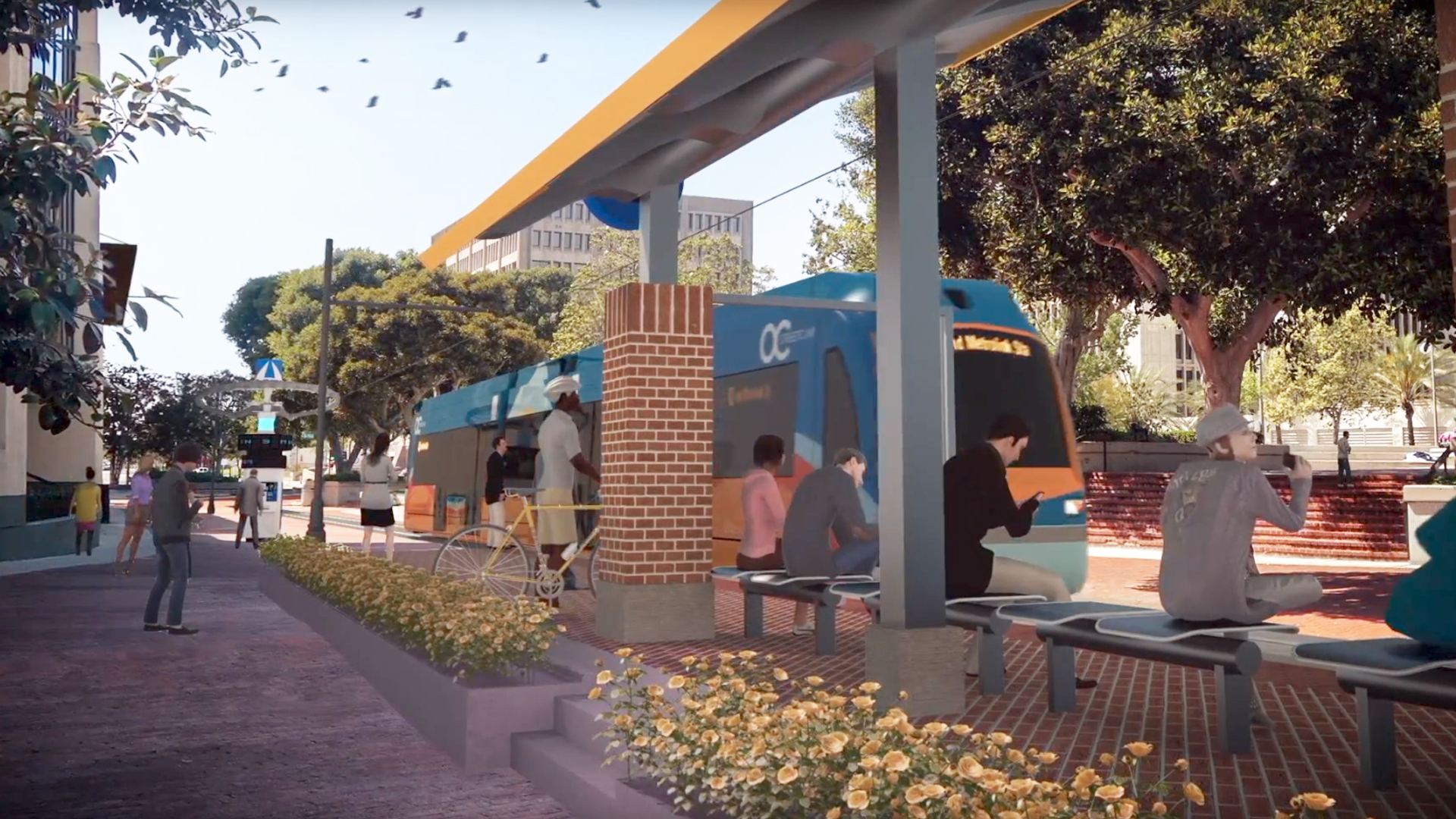 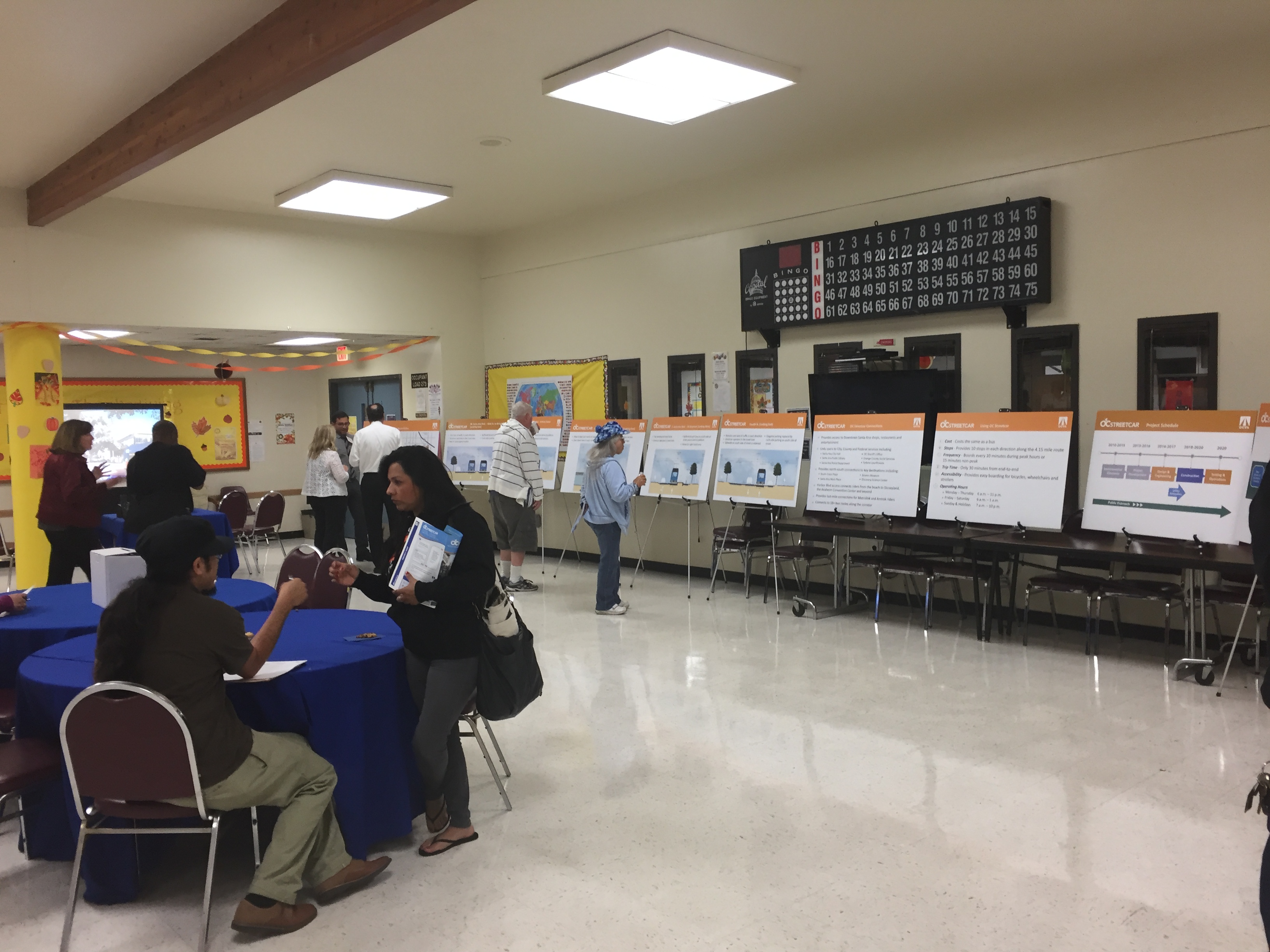 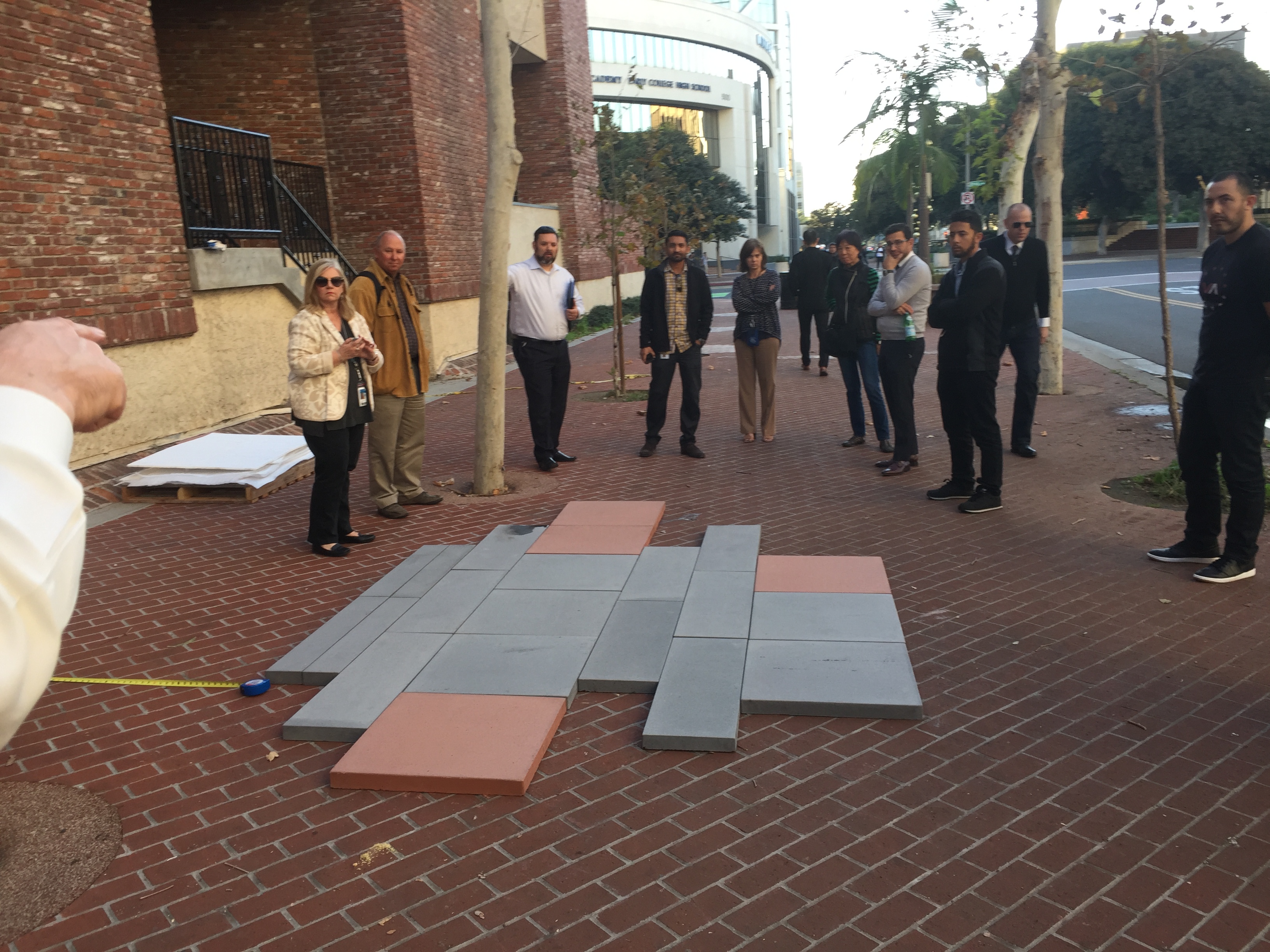 The OC Streetcar will cover approximately an 8 mile round trip with the end destination being the Santa Ana Regional Transportation Center allowing riders to connect to Amtrak, Metrolink, OCTA and other transportation services. The landscape treatment consists of paving and planting of raised medians along the streetcar route.

The patterns we developed for the paving were inspired and influenced by both the theme of the rail and the historic architecture found throughout the downtown district. Finding a deeper connection between the new and existing design allows for a richer aesthetic that can allow the site to have a timeless character.

The planting scheme uses city approved plant material that has been selected for its drought tolerance and adaptation to our region, and offers a broad variety due to its proximity near the coastal edge as well as valleys.