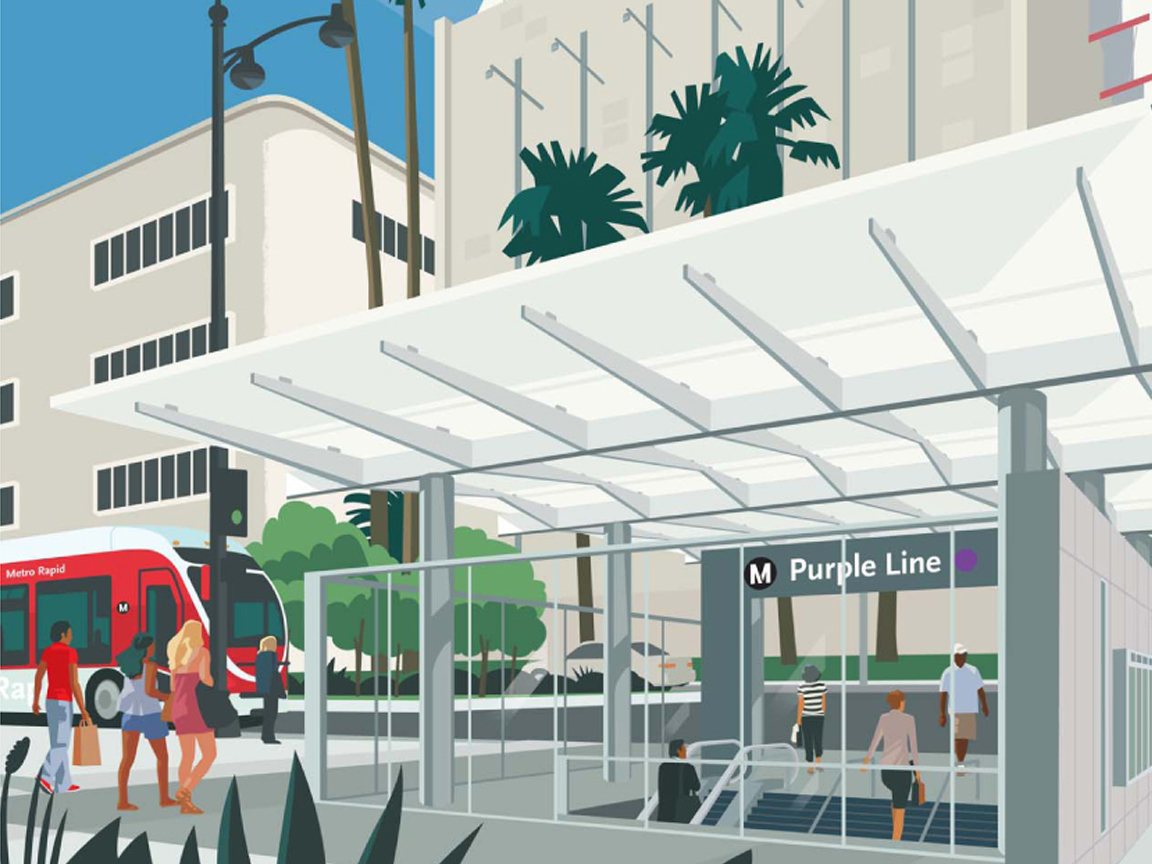 From the current terminus at Wilshire/Western, the Purple Line Extension project is proposed to extend westward for about nine miles with seven new stations and provide convenient traveling to and from LA’s “second downtown,” including destinations such as Miracle Mile, Beverly Hills, Century City and Westwood. The project scope for Section Two includes two stations along with adjacent streets that will be constructed to accommodate the subway platforms. The first station is located near the intersection of Wilshire Boulevard and Rodeo Drive and the second at Constellation Boulevard and Avenue of the Stars.

The plaza designs are inspired by the surrounding urban context of the site. The Wilshire Rodeo Station is visualized as an extension of Rodeo Drive. It includes a formal grid of Palm trees located along the southern and western edge to create a grand pedestrian portal for the community. The intent is to visually connect with the existing streetscapes with Palm as the predominant street tree within that area. The design allows convenient circulation through the plaza from all directions. The playful paving pattern accentuates directionality and movement through the plaza and follows standards developed by Metro to maintain consistence between the different stations. The plaza stripes are a gradation of grey color concrete that seamlessly tie with the contemporary portal design. The design of the streetscapes and Century Constellation Plaza is yet to begin but will generally follow a similar design concept.