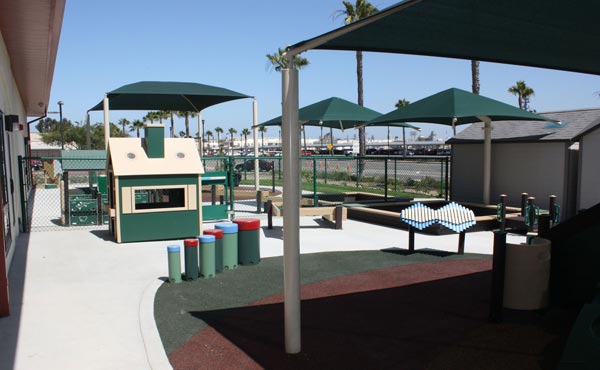 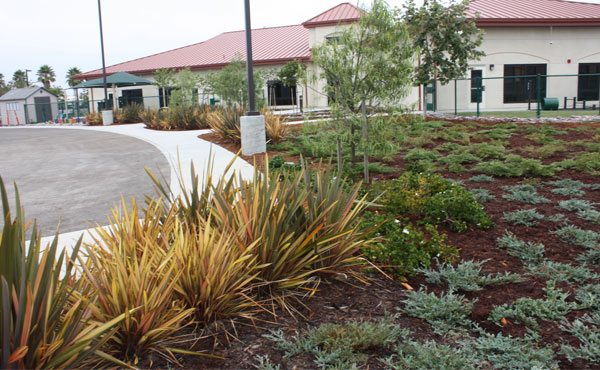 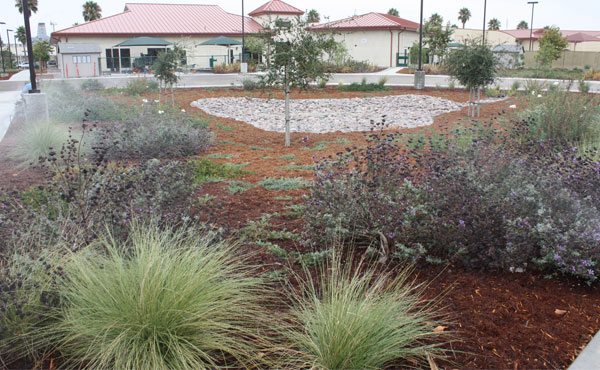 The overall planting design creates a consistent visual theme within the Naval Base Coronado and an opportunity to utilize water conservation principles. Drought tolerant and locally adapted tree species are strategically located as a way finding element to direct users and visitors around the facility. Flowering trees are used around the building facade to provide color accent and also reinforce the entry in combination with circular banding of river rock. Rock mulches are used in several detention basins to collect water run-off and increase the on-site infiltration as part of the Low Impact Development (LID) design. In order to reduce heat reflection and to be in compliance with Force Protection Unobstructed View setbacks, several species of Juniper groundcovers were used around the perimeter of the building and retention basin.

Another major part of the site development was to create outdoor play areas for 2-5 and 5-12 age groups. The play area layout was conceptualized to mimic its island location in a playful way. The resilient surfacing and concrete paving were designed to simulate an island, sand, and ocean waves. The bicycle path was designed along the perimeter of the play areas in order to provide continuous activities for children and multiple shade structures were located to maximize shade protection.