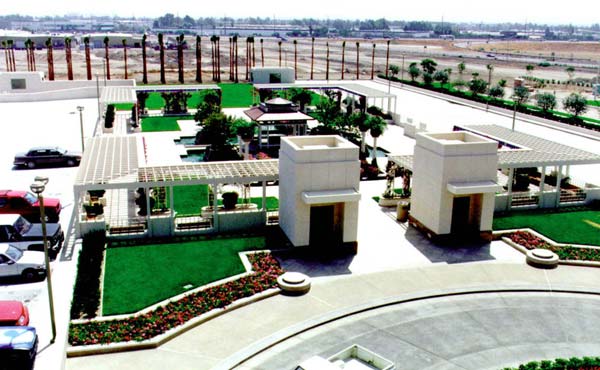 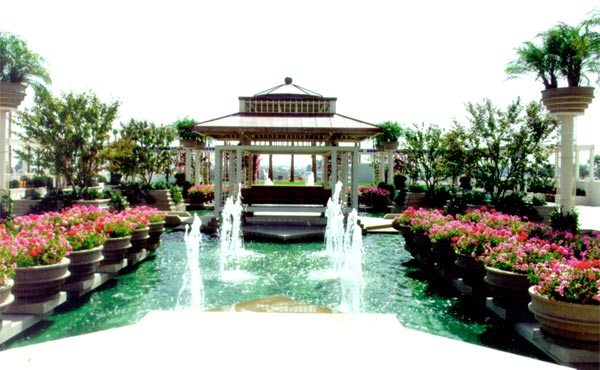 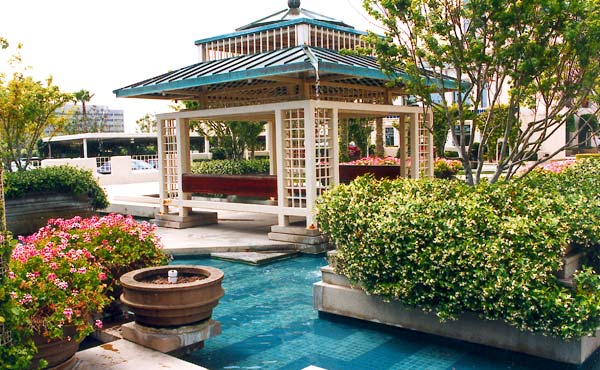 This project was envisioned to be a self-contained urban village with a three-acre water garden at its core. The water garden and the Austin Building were developed in Phase One and later phases will include office towers, hotels, restaurants, residential, and retail establishments.

The water garden is rectangular in shape and arranged symmetrically along a north-south axis with a ceremonial gazebo at the center of a shallow pool/fountain. A generously trellised walkway with planter/seat-walls and benches surrounds the pool. A low perimeter wall encloses the garden with access to parking on the east and west sides. The main entrance to the garden is on the north side directly in line with the back entrance to the building. One takes in a dramatic view when looking down from above.

Since the garden is built entirely on structure, the weight problem needed to be mitigated by the use of boxed trees. A special ‘green column’ was fabricated with wire mesh and wrapped around a metal core. These columns were topped with miniature palm trees and vines were trained to grow up around them resulting in ‘green columns’. By using fewer boxed trees, turf, vines, and shallow water, the weight problem was greatly minimized. The result is an intimate space that is green, has the sound of water, and is very inviting.

Note: Project designed and completed while employed by another firm.